Frederic Matthias Alexander (1869-1955)
The founder of the technique named after him was born in Tasmania, Australia.

In his acting career his suffered increasingly from vocal problems. Since no doctor could diagnose his condition, he began to investigate his problem for himself.

By observing himself in a mirror he found out that he habitually pulled his head back and down and his shoulders up when speaking. This constricted his ribcage and exerted pressure on his larynx.

„Everybody wants to do it right, but nobody stops to think whether his idea of right is right.“ F. M. Alexander

His discovery of this "force of habit" was the impulse which led him to continue his research of about ten years. On the basis of many experiments he built up an experiential-scientific understanding which led to the establishment of a method, the harmonious, natural „use of the self“. The "Alexander Technique" was born.

The renown of "the breathing man", as he came to be known, would soon spread beyond his fellow actors. Doctors also began to send difficult cases to him, and soon he was regulary teaching people from other occupational areas.

In 1927 he founded his first private elemantary school in London. In 1930 he led the first class training teachers of the Alexander Technique.

"If we stop doing the wrong, the right is doing itself." 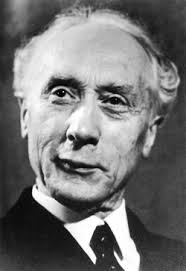